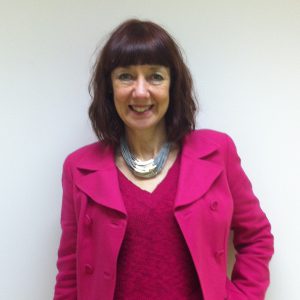 Where are the biggest improvements in consumer rights made?  Arguably over the last few decades consumers have much to thank the European Union for – some of us from consumer advice remember the rash of rogue timeshare sales in the late eighties and nineties which were then addressed by a Directive, the nineties brought us distance selling rights, the noughties ushered in the Unfair Commercial Practices Directive – all good tools to give consumers more confidence to purchase more widely and drive competition.

But has it all been one way?  Not necessarily.  The UK has also been successful in exporting our own models of consumer legislation – witness the Consumer Credit Directive which owes much to the legislation we introduced back in the 1970s.  But it’s not all plain sailing.  Our liberalising tendency is often opposed by those member states who would like more restrictions and so cultures often clash.  Consumer organisations from member states have to come together to confront their differences and find consensus in order to have any impact just as the professional and trade bodies have to work together to lobby for their own interests.  It’s my view that the more we can listen and understand, offer models that work well, and find common aims, the better the outcomes for consumers.

So where is the consumer interest in legal services represented in Europe?  Last year the Consumer Panel decided to seek a partnership with BEUC, the European Consumer Organisation to see what value could be gained for the UK consumer by more active involvement in Europe.  It wasn’t from a standing start.  We had already engaged with some of the EU’s cross-cutting work – for instance we added our voice in shaping the ADR Directive and drew on EU data for our own thinking  on comparative websites.  But there is no substitute for seeing first hand where we can interest and influence the EU institutions.

And so it was that at the end of January Harriet Gamper from the Panel Secretariat and I spent a long day in Brussels meeting with the Council of Bars and Law Societies of Europe (CCBE), BEUC, and two sections of DG Sanco, the Commission’s Health and Consumer Affairs Directorate-General.

What were they interested in?  First off it was clear that as the only consumer body in Europe specialising in legal services, we are unique in having the depth and range of consumer insight in this area.   It was also clear we have much to offer – our consumer research through annual tracker surveys and our biannual consumer impact report is not replicated elsewhere in Europe and our just-published tool to help regulators work out the consumer interest was particularly welcomed.  The tool is based on seven consumer principles such as access and choice used  internationally which the Panel has adapted for the legal market with the help of the Council for Licensed Conveyancers.

And what can we gain from closer engagement?  Coming back on Eurostar we drew up our action list and what we had learned.  There are several key cross-cutting areas that we can keep a watch on – digital, self-regulation, enforcement, comparative websites, ADR, and cross border complaints.

And we also gained from meeting the CCBE.  We heard about its work on a “Find a Lawyer” website funded by the EU covering areas of practice and languages, discussions on ABS, CESL and the review of the lawyers directives.  But it was also a reminder of our distance.  Although CCBE’s Secretary-General, Jonathan Goldsmith, was busy in New York he sent us a positive greeting coupled with the message that he opposes the notion of consumers in relation to lawyers and the administration of justice – there are only citizens and clients.  Perhaps our new Consumer Principles tool for regulators will have some resonance across Europe to help share the UK’s philosophy of consumers being at the heart of regulation?