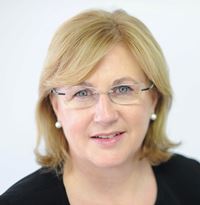 The Competition and Markets Authority’s critical report into the lack of pertinent information for consumers of legal services is fast approaching its one year anniversary. Since then, the Panel has published further evidence showing an unchanged sector. In November, our annual Tracker Survey showed that only 6% of consumers found the price of services on the provider’s website, and just 4% found it through a comparison website1.

Nothing has changed since the publication of the CMA report. It really is too soon. I have however noted positive activities from many regulators who have been busy developing their action plans, as well as honing the ideas now contained in the numerous documents out for consultation. We’ve seen more planned activity around transparency since the publication of the CMA report than in the 7 years we’ve been publishing and highlighting the findings of our annual Tracker Survey which has consistently showed that consumers are struggling to engage with so little information. Indeed the Panel had begun to raise concerns that consumer’s inability to engage with the market had stagnated and in some areas regressing. In 2011, 19% of consumers shopped around, in 2017 this increased slightly to just 27%. In 2011, 51% of consumers said they found it easy to compare providers, in 2017, this figure had fallen to 48%.

The market needed a jolt, and the CMA’s report and recommendations provided the impetus. And so I had hoped, and to a degree expected to begin to see a shift in providers’ attitude to price transparency as a direct consequence of the CMA’s report. Unfortunately, new evidence shows the opposite. On Tuesday 14 November, the Legal Services Board published its second research report on the cost of legal services . It found that nothing has changed in a year. 18% of providers displayed prices in 2017, compared to 17% in 2016. Although we cannot expect rapid change in just one year, we should ask the question why the LSB’s analysis shows that across all scenarios, more providers have stopped displaying prices than have started to display them in the 17 months between the two surveys – a regression.

Despite what appears to be resistance from providers, it is good to see the positive direction most of the regulators are taking. I have seen action plans and consultation documents outlining ideas to mandate for price transparency, and I have had the opportunity to engage with some regulators on their plans. I know it’s not going to be an easy task. Regulators will need to work hard at getting it right for consumers, but they must not neglect the value of highlighting the benefits of transparency for businesses too. Providers must realise that they too can benefit from greater transparency.

Last week I read with interest an article by Sarah Goulbourne, co-founder of challenger law firm Gunnercooke. She articulated why price transparency makes sense for firms like hers ‘Before launching our firm Gunnercooke, we asked more than 50 financial directors and chief executives about what they disliked about lawyers. Top of the list? Spiralling bills and lack of transparency around pricing.” She went on to note “our clients appreciate that we share the risk, and that we are completely transparent about what our advice will cost”.

Her observation around risk resonates with me, because it really does boil down to the distribution of risks between consumers and providers. At present, consumers of legal services, be it ordinary consumers or corporate consumers, bear the full risk of lack of price transparency. And this continues to absolve firms of a duty to thoroughly scope their work, cost services, and share in the risk.

As regulators work towards increased transparency, they must remember that the work needed is not restricted to the mandatory prescription of price. Regulators must also show a commitment and a willingness to address and tackle the cultural resistance to price transparency, if the solutions are to be meaningful and effective.